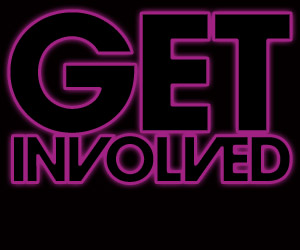 Following this post from earlier in the week, Sue from the Rusholme & Fallowfield Civic Society has very kindly got in touch with some suggestions of other community opportunities to blog about. Today’s post is about things you can do to make your area better – especially if you’re in Fallowfield or elsewhere in Manchester, but most areas will have similar opportunities available. It’s not an exhaustive list, so feel free to get in touch with any more suggestions!

1. Have your say. Residents in the ‘studenty’ area of Fallowfield might be interested in the consultation on a ‘cumulative impact’ licensing policy for areas of Fallowfield and Withington. If this policy comes into force it will make it harder to get a new licence to serve alcohol in parts of the wards which already have a high density of bars and off-licences. I’m supporting the proposed policy, and you can take part in the consultation yourself here.

Another ongoing consultation is on the council’s proposed changes to council tax benefit. The Government is requiring councils to replace the existing council tax benefit scheme with new local schemes by 31 January 2013, to take effect from 1 April 2013. We are using powers to increase the council tax charged on empty properties and second homes, but this will not offset all of the reduction in funding. Our proposals reduce the amount of council tax support we pay to working-age households in the city. You can see the proposals and give feedback here, or in person at one of the library drop-in sessions taking place across Manchester. The Fallowfield Library sessions are on the 20th August and the 10th September, between 3pm and 7.30pm.

2. Start young! Too young to pay council tax or get annoyed at off-licences? This autumn, Manchester City Council is setting up four youth panels across the city, and if you’re 13-18 you can take part. The panels will enable young people to have a say in what happens in their local area, to highlight things that are important to them, and to work with key decision makers so that young people’s views are taken into account.

If you think you might be interested – or know someone who is –  there are meetings next week where young people can find out more:

Places at next week’s events are limited so young people who wish to attend should email myvoice@manchester.gov.uk  to check availability.  You can also find out more on Facebook.

3. Go online. The consultations I linked to above are just some examples of what Manchester City Council is putting online. Put your postcode in the ‘My Area’ box on the bottom right of the council website for all kinds of local opportunities and information – including your bin collection dates!

4. Protect and serve! Home Watch or Neighbourhood Watch schemes are one of the best examples of how the police and community can work together to prevent crime. It involves a group of residents getting together to make their neighbourhoods a better and safer place to live. Contact your Neighbourhood Policing Team to find out if there is a Home Watch scheme in your area – if not, why not talk to your members about setting one up?

Meanwhile, Community Guardians are a growing number of volunteers throughout the city who are succeeding in making their neighbourhood a better place to live, by working with Manchester City Council to ensure that any environmental problems or defects in the area are dealt with promptly. The council will provide you with an information pack which will include freephone numbers to report environmental issues so it won’t cost you anything, just a little of your time. If you’re interested in becoming a Community Guardian please contact the Community Guardian Team on 0800 083 7924 or e-mail communityguardians@manchester.gov.uk.

5. Home Improvement – for you and your neighbours. Like many housing associations, City South Manchester (which owns most of the social housing in Fallowfield) offers a variety of ways for its tenants to get involved in their decisions and services. Some are very informal and won’t take up much of your time, such as responding to surveys; others are more structured and will require training and more of a commitment, such as joining a scrutiny panel. You can also take part in a walkabout with CSM’s staff to point out any problems in your area. Have a look at their website for more information.

6. Have a day in the park. ‘Friends of…’ park groups are a great way to look after your local area, and the Friends of Platt Fields is believed to be one of the older ‘Friends of a Park’ groups in the country. Established by local people in 1994, initially as a response to the proposed closure of the very popular ‘Pets Corner’ in the park, the group now exists to promote Platt Fields Park, encourage improvements to its physical environment and stimulate greater use of the Park by local people as a place for activities, events, recreation and leisure. If you would like to become a member of the Friends of Platt Fields Park please contact Anne Tucker, the Secretary, on 0161 613 3138 or 07740 428629, or use the contact page of their website.

RFCS exist to stimulate public interest in and care for the beauty, history and character of Rusholme and Fallowfield and their surroundings. They’ve been around since 1968 and they’re after new members. Membership costs just £3 a year and the Society says that if you’re a member you will:

– be in contact with other neighbours and fellow residents who want Rusholme and Fallowfield to be neighbourhoods of choice
– be able to discuss local issues with like-minded people and agree plans of action that will solve local problems
– access and receive up-to-date information about civic issues in general, and those particularly relevant to Rusholme and
Fallowfield residents
– be invited to meetings, exhibitions and lectures about Rusholme and Fallowfield topics
– be invited to participate in a programme of social events including trips to places of interest, both local and further afield in the North West.