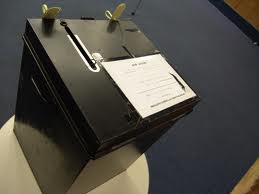 Here’s how it went:

Last week I wrote this post for LabourList, expressing my growing alarm that my ballot papers for the NEC and NPF elections – along with those of a number of other members, particularly councillors – hadn’t shown up yet, and that with the deadline to vote looming, this could mean a number of people missing out on a vote. My basic concern here is that if you want to give members any confidence that these bodies can actually represent them – rather than being, say, a tokenistic and meaningless sham – you should probably try to make sure that everyone’s allowed to vote.

Later that same day the party sent out an email to NEC and NPF candidates, and all Labour councillors, saying that as a result of the above issues, they were extending the deadline to vote (from June 13th to June 15th) and also extending the deadline to request a replacement ballot paper to Monday June 11th. They also requested that members wait until after Saturday’s post had arrived before calling.

On Monday, being a patient sort, I decided to wait until after Monday’s post before calling. But – oops – the deadline for calling to request a replacement was noon, and it was afternoon before my post arrived. So, no votes for me.

Well, fair enough, my fault – I’d had a whole 3-hour window in which to call to chase up the ballot papers that should have been delivered to my house, and if I’d read the email properly I would have known that.

However, on the advice of one of the NEC candidates, I dropped a fairly irritable email to Iain McNicol, along the lines of: I live on the internet, and I’d still failed to get hold of the ballot papers I had a right to. How exactly were members who aren’t Twitter-harassed by the candidates on a daily basis – and, more pertinently, who don’t use email – supposed to know that there’s an election happening, let alone when the deadline for voting is or what to do if they haven’t received their ballots?

Today, I got a reply from Iain McNicol’s office. Ici:

Thank you for your email raising concerns about the internal Labour Party elections for which the ballot is currently in progress.

A number of members did contact us last week about late or non-arrival of ballot packs.  Although these had all been printed and posted by 29 May, it was clear that some deliveries in certain areas – specifically those relating to councillors (whose packs contained an additional insert and so were heavier and subjected to a different mail sort by the company involved) – got caught up in the post over the long Jubilee bank holiday weekend.

Throughout this process the Party has monitored the situation and been in constant contact with ERS, the independent scrutineer. Although it was apparent by the end of last week that ballots either had been delivered or were starting to drop in all areas, we were concerned that in a very small number of cases some packs were still caught in the mail.

A statement to that effect was posted on the Labour Party website and an email was sent to all candidates advising them of these new arrangements. In addition, an email was sent to all ALC members, as we were aware that it was among this cohort that the problem of delayed delivery was most acute. Those messages emphasised that the deadline for requesting a replacement ballot was midday on Monday 11 June. The reason for that was because we needed the afternoon to obtain the data and produce the new ballots in time to mail out on the Tuesday, so that people would receive the replacements in time make use of them.

I note from your message to the General Secretary that you acknowledge receiving that email. I am very sorry to hear that your ballot pack had still not arrived as of Monday morning, but since you did not contact us to request a reissue before the 12 noon deadline I am afraid we cannot send you a replacement ballot paper. However, I sincerely hope your ballot pack will arrive in time for you to vote in these elections.

More generally, we very much regret the fact that there were delays with some ballot papers as a consequence of postal problems, though I should stress that the number of requests for replacements has been extremely small. Nonetheless we will be reviewing the process to see what steps may be taken to avoid any similar such problems in the future.

Now, Iain McNicol is, of course, a dude. However, I think that email leaves a few questions unanswered. Like:

2. If ‘A statement to that effect was posted on the Labour Party website and an email was sent to all candidates advising them of these new arrangements. In addition, an email was sent to all ALC members’, then great, but how is the Party dealing with the potential disenfranchisement of every member who doesn’t use email, or even who doesn’t check them every single day? (And yes, that does apply to a lot of councillors, much as it drives me nuts.)

3. When I’m concerned that a large number of members may not have known these elections were happening at all, or when, whether and how they could vote, should I be reassured by the fact that ‘the number of requests for replacements has been extremely small‘?

One thought on “I finally got my sodding ballot papers. Am I happy now? Not exactly…”