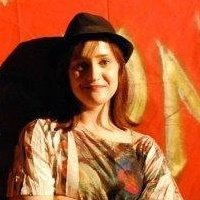 Following on from yesterday’s interesting reading about Wonga, this story about their (apparently past) habit of telling frightening lies to debtors to get them to pay up seemed pretty timely. Meanwhile, Stella Creasy had a great piece at Politics Home about how loan sharks have jumped the shark. Her amendment to the Financial Services Bill, calling for a cap on the cost of credit, was defeated by 41 votes, so the campaign is now off to the Lords. Still, that size majority indicates a number of abstentions – maybe the message is getting through.

They want to update it for the new intake in September 2012. If you’re a Manchester student who has been a victim of crime or anti-social behaviour in the city in the last year and are interested in appearing in the next video, get in touch through the Manchester Student Safety Facebook page.

I actually saw this a while ago, thanks to Josie off’f Twitter, but I keep being reminded of it and felt the need to tell you all how exciting it is. Do you remember Mara Wilson? She was the little girl in Mrs. Doubtfire, and the little girl in Miracle on 34th Street, and best of all she was Matilda. In the imaginary world I inhabited when I was about 12 – the same one where I had friend-zoned all three of Hanson – Mara Wilson was my little sister. I often wondered what happened to her post-child-stardom, and remember reading on IMDB a while back that she’d quit the film industry and gone to university, which seemed as cool, in an understated kinda way, as it was disappointing.

And then I woke up one day and it turned out Mara Wilson is a 24-year-old feminist writer with a blog. She blogs a bit about what it was like to be child actor, but she also blogs about the arts and misogynist iPhone games and why she couldn’t date anyone named David. And she tweets a lot. And she does it all while still looking recognisably like an older Matilda, look:

I’ve never simultaneously felt  so old and so proud of an imaginary sibling.