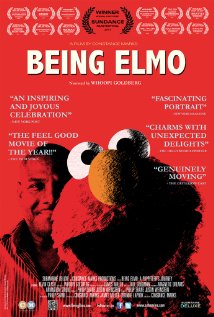 Not just any old fly on the wall – Being Elmo: A Puppeteer’s Journey is what happens when a behind-the-scenes documentary meets The Muppets, with a quick squirt of Hairspray for good measure.

The story of how shy little Kevin Clash, growing up in 60s Baltimore, became hooked on Sesame Street as soon as it appeared on his TV screen – with a racially diverse cast and a set that looked like a street he might know – is so like the story of Walter, the Muppet inexplicably born to a human family, that you can’t help wondering if it inspired the (disappointing) 2012 movie.

It’s not only Kevin’s story but that of the Muppets themselves, and their iconic creators, Jim Henson, Frank Oz, and the lesser-known Kermit Love. (Have two more awesome names than Kevin Clash and Kermit Love ever appeared in a single review? What’s more, get this – Jim Henson had already named his froggy friend before he ever met Kermit Love. It was a complete coincidence. I’m not making this up, have a look at Muppet Wiki if you don’t believe me.)

The glimpses behind the scenes of Sesame Street revealed just how much effort went, and still goes into, its creation. It is a delight to see how entirely seriously the puppeteers take their craft: right from Clash’s frustration as a child that he couldn’t get the right fabric for a seamless puppet face, through his detailed-to-the-point-of-nitpicking – and yet still gratefully received – tutelage on the set of French Sesame Street, to the awestruck ten-year-old Clash wannabe who makes puppets out of sleeves and plastic spoons for eyes and can’t contain his excitement on his tour of the Muppet Workshop.

But beyond the puppetry, Sesame Street is a serious business. In The Tipping Point Malcolm Gladwell wrote about the complex research process used to test every detail of Sesame Street before it ever made it to air – and it is still an intensively vetted, tested, focus-grouped piece of television. Clash recounts the process that led up to the formation of today’s Elmo: diva-ish puppetteer Richard Hunt tired of the red Muppet’s original caveman-like persona, and Clash observed the kids his mom took care of to come up with a new character trait.

The resulting character is a three-year-old who loves everything and everyone unconditionally and demonstrably – and, like the most well-behaved of toddlers, is universally loved back. Being Elmo‘s moving scenes are those showing children sharing a hug and a (for some of them rare) happy moment with Elmo.

Elmo is a celebrity, and Clash is too – before this film, there was also a book; and before that there was enough Elmo memorabilia to stuff a Snuffleupagus. But one little girl might not be such an Elmo fan.

Having clearly missed out on a lot of his daughter’s life while he was making other people’s children happy, Clash takes over her ‘sweet sixteen’ with a video of celebrity messages and an Elmo-topped cake. Following some pretty cringeworthy clips from the day she was born, you have to wonder whether she might have preferred the day to be more about her.

But this is the only discordant note in an otherwise lighthearted story. A heartwarming and genuinely interesting film – you’d be a Muppet not to see it.

Being Elmo is on tonight at the Cornerhouse.