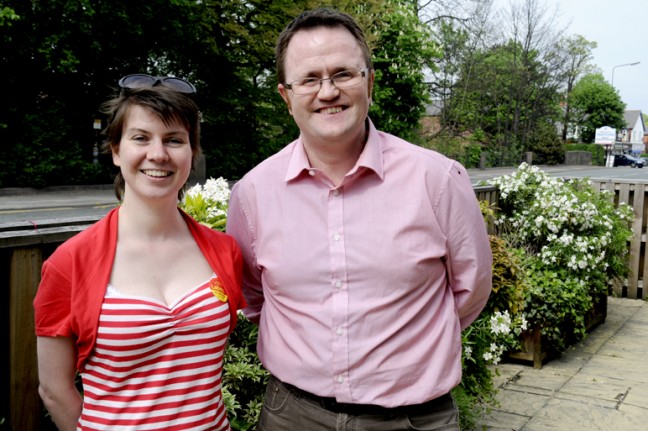 A  couple of weeks ago I wrote an open letter to the Prime Minister, criticising his comparison between Manchester’s Labour council and Tory-run Trafford. It was ridiculous, I said, to compare our city with the leafy suburbs. Trafford is just more of a David Cameron kind of place.

Of course, it turned out that I had some readers from Trafford, and they had their own thoughts about the Prime Minister singing the praises of the council. David Cameron’s insistence that Trafford had managed, by ‘sharing services and binning the Mayor’s personalised number plate’, to avoid cutting frontline services, is difficult to square with what Trafford residents are seeing on the ground: cuts to youth services, early years services, support for older people, mental health services, learning disability services, the voluntary sector and more.

So they weren’t thrilled about me describing Trafford as David Cameron’s spiritual home, either. Clearly, I needed to make it up to the Labour supporters of Trafford. And that’s how I came to spend part of Saturday morning crammed among the waists of several hundred United fans, on a tram heading into Altrincham, and out of my comfort zone.

My destination was the ward of Broadheath, currently held by three Conservative councillors, including the sitting Mayor, Ken Weston. There, I found myself sitting on the living-room floor of a Labour Party member called Pat, being offered a choice of orange juice and lemonade, while every activist there was given chance to introduce themselves, to chat with the candidate, Andrew Leask (pictured above with me), about the key issues coming up on the doorstep, and to avail themselves of a 25-page ‘volunteer briefing pack’, plus the latest Voter ID flowchart.

In other words, five minutes after arriving in Pat’s living-room, I was fairly sure that Broadheath Labour’s campaign was going against everything I believe in when it comes to campaigning. We’re sitting around talking and drinking juice, twelve days before polling day? Somebody took the time to write up 25 pages of candidate biography, electoral strategy and a list of the local Tory cuts – and expects all the volunteers to read it? Manchester Labour would never stand for this sort of nonsense. New campaigning techniques? Sure. But if you’re not on a doorstep, you’re wasting time.

Except that Broadheath Labour have got more or less the same contact rate as my own Manchester ward of Fallowfield. In Fallowfield, I’m fortunate enough to be able to build on the work of hard-working Labour councillors and campaigners over years and years, and my job has mostly been to re-contact our supporters to check that they’re still our supporters (yep), and to ask former Lib Dem voters and undecideds whether they might vote Labour this year (yep, mostly).

In Broadheath, on the other hand, they had a contact rate of more or less zero until February. For the last few weeks, they’ve been working to a target of 500 contacts a week – and mostly, they’ve been achieving it. When I was sitting on Pat’s living-room floor, it was because there were fifteen other activists in the room and we’d run out of chairs. Campaign organiser Sam Bacon assured me that that wasn’t exceptional. This isn’t new campaigning techniques for the sake of it: it’s genuinely impressive. Mayor Ken Weston looks set to lose more than his license plate.

I had a chat to Sam and some of the Broadheath Labour team about how they’ve been running the campaign. It was a little Edgbaston-esque: a lot of time had gone into recruiting volunteers before they’d moved onto Voter ID. They’d done some of that on the doorstep – while asking voters what issues were going to be important to them in this election – and some by advertising for volunteers.

Actually, controversially, Sam had advertised for ‘interns’ – unpaid, of course – but with absolutely no intention of requiring the time commitment that MPs expect of their unpaid interns – he was simply looking for volunteers, to give as many evening and weekend hours as they were able and willing to give. He reckons that the word ‘intern’ can make volunteers feel a little more invested in a campaign; a little more like they’re getting some useful experience and transferable skills out of it.

“What worries me about Labour’s usual approach to campaigning is that a CLP might pay someone to design their website,” says Sam, by way of example, “while they’ve got an experienced web designer on their campaign team, but as soon as she walked into the campaign office they sent her out with a leaflet round.” He admits that it does take time and effort to find out how volunteers can contribute; but maintains that it enhances the contribution of committed activists, while enabling a contribution from those who can’t always get out on the doorstep.

The campaign employs a busy mum to make sure all their key players are in the right place at the right time – her parental commitments mean she doesn’t feel able to get out leafleting or doorknocking as often as she’d like, but she’s happy to harass the rest of the team by email. They have a volunteer in overall charge of communication, and a couple of youngsters have been tasked with updating the Twitter account. They have Pat, whose main role is to make her living-room available when asked, and who offers the volunteers breakfast every week.

I’ll be honest, in normal circumstances this would all set off my waste-of-time klaxon, but not even the klaxon is gonna argue with fifteen to twenty regular volunteers every weekend. It turns out that giving activists a little responsibility (and maybe the offer of breakfast) might just be what Labour needs to teach the Tories a lesson, in David Cameron’s favourite council right here in the North West.

One thought on “In praise of…Trafford (Labour)”