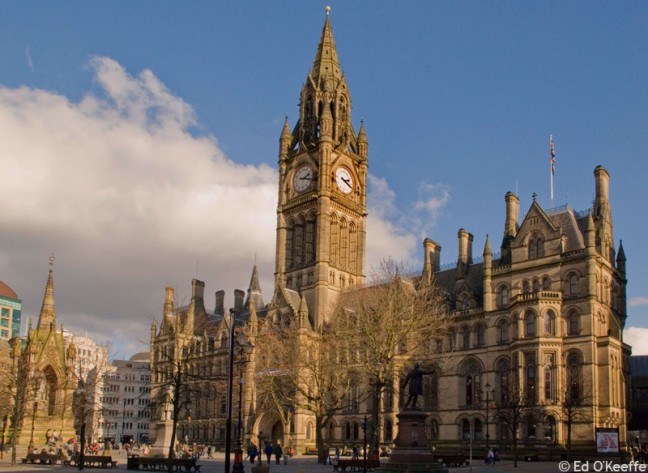 My name is Grace Fletcher-Hackwood and I’m a Labour candidate in Manchester, the greatest city in the world.

You might remember Manchester as the city whose budget you slashed by 21%, causing 2000 job losses, library closures, swimming pool closures, cuts to children’s services, adult services and advice services, to name but a few.

I’m writing in response to your interview with the Manchester Evening News yesterday. I wanted to let you know that you got a few things wrong.

First let’s get one thing straight: Manchester’s local government settlement has been cut by 21%. The Transition Grant you mentioned is just that – we only get it for one year. Manchester City Council’s total government grant for 2012-13, including the funding for the council tax freeze, and including the NHS funding, will be £383.6m, down from £485.8m in 2010-11. That is a cut of 21%. Don’t let Nick Clegg do your maths for you, Prime Minister: you know he can’t count above thirty.

Secondly, Prime Minister, you said that the government has been “absolutely responsible and fair” in your approach to the local government settlement. When I finished laughing – because when England’s fourth most deprived local authority area takes a higher percentage grant cut than Buckinghamshire and Richmond upon Thames, you really have to laugh or cry – I noticed that you backed this up by saying that “Manchester will receive £714 per resident…whereas in my own constituency in West Oxfordshire, residents will receive £233.”

You accused Manchester City Council of timing its redundancy announcement to coincide with the Oldham East & Saddleworth by-election. Do you expect anyone to believe, Prime Minister, that Labour organisers up in Oldham took time out from campaigning to put a call in to Manchester Town Hall? “We’re only going to win by 3500! Quick! Ring Richard Leese and tell him to make two thousand people redundant!” Sir Richard didn’t give a Shapps about Labour’s majority in Oldham, Prime Minister. He was busy trying to protect our city from you. And incidentally, those 2000 job cuts have been made without a single compulsory redundancy.

I think your mistake was in thinking that Manchester and Oldham are basically the same place. And you made that mistake again when you compared us to Trafford.

“Trafford Council is only considering removing 150 staff posts. The vast majority of their savings are coming from efficiencies which will have no effect on frontline service levels…How have they done it? Tough though it is, it’s not rocket science – cutting back office, sharing services, finding smart ways of delivering more for less.”

No, Mr. Cameron, efficiency savings are not rocket science. Manchester has led the way on this – the council has made efficiency savings of £55 million over the last two years, has often led the way in sharing services and, in fact, does all the procurement for Greater Manchester authorities. We also share legal services with Salford. Trafford is following our lead. What’s more, Manchester planned to make £96m savings between 2010 and 2013. But the scale and speed of the cuts you have forced on us have made it impossible to avoid cutting services.

Because Manchester people are not stupid, Prime Minister. You can try to blame the council cuts on our chief executive’s salary, but we’ve done the maths: if we could get Howard Bernstein to work for nothing, and then backdate that to the 19th century, we’d be able to make the cuts you’ve demanded of us. Otherwise, not. No: when I talk to people who have been affected by Manchester’s cuts, they are not taken in by the lies that you and Grant Shapps and Nick Clegg and Danny Alexander and Eric Pickles have been telling about Manchester. They lay the blame squarely with the government.

You said yesterday that you are “working incredibly hard to support the poorest paid and the most vulnerable”. Prime Minister, some of the poorest-paid and most vulnerable people in the country live in this city, and what you are doing for them is raising their VAT, putting their children off going to university, damaging their rights at work, restricting their access to justice, closing their libraries, closing their swimming pools, preventing them getting advice, cutting police from their streets – nearly three thousand police cuts in Greater Manchester! – cutting their DLA, cutting their housing benefit, cutting their pensions, cutting their Winter Fuel Allowance, allowing Andrew Lansley to play merry hell with their NHS, and finally, as if all that weren’t enough, Prime Minister, you come up here and you try to lie to Manchester people in our own paper. Manchester has had enough.

Mr. Cameron, you obviously do not know Manchester. But we know you. You are an enemy of the public sector, a Thatcherite and a liar. If you have the audacity to show your face in our city for your party conference this year, you should not expect a warm welcome. But hey – maybe they’ll have you in Trafford.